In a talk I gave at The Big Elixir 2022 in New Orleans I made a comment about how you can use browser testing in order to practice outside in Test Driven Development (TDD) in Elixir. In my experience that's often an easier way to learn and apply test driven development as a more junior engineer, or when you're exploring a new domain.

After seeing the talk two early career engineers approached me and asked if I'd be willing to give a talk on the idea of outside in TDD, as they'd heard about TDD and wanted to give it a shot but were struggling in figuring out where to start. This is a common thing I hear, even among more senior engineers.

While this isn't a fully baked talk yet, this may be the start of one going forward.

If you're not senior it can be especially hard to practice TDD, because it's harder to immediately visualize or intuit the data structure and functions that you'll need to create, and what they ought to look like in the end state.

In fact, I've found this even blocks many senior folks from practicing TDD when they're exploring a new problem space.

I've found that outside in TDD alleviates much of this pain, and makes it easier for a less experienced engineer to discover what they need to create, guided by tests.

I'm going to start by giving a bit of a trivialized example, but we'll walk towards more involved examples and how the testing can guide the architecture.

Outside In vs Inside Out

Before we dive in, I want to give an example of what I mean by outside in, and inside out.

Inside Out Classic MVC example

Most TDD examples I see are what I call inside out.

So if you're building a Trello clone, you would need to be able to visualize the following:

This would likely result in you creating a schema that looks something like this, with the appropriate migrations.

Which would lead to the creation of tests hat looks something like:

As an experienced engineer it's easy enough to recall and intuit all of these. As an early career engineer however, this may not be as obvious because they haven't done this hundreds of times.

As you can also see, this isn't something where your tests are guiding your design. Rather it's your prior thoughts/intuition guiding it, with tests being put in post hoc in order to ensure future confidence. This is good, not great.

Outside In Classic MVC example

That immediately guides us to a testable user story that looks something like the following from the browser layer:

Now, obviously this is pseudocode, but it gives you the idea of what you're looking to build from the outside, at the browser layer.

This then tells you need a controller, and some tests for it:

Which from here, guides you to the point where you'd realize you need to create a Boards context, and possibly a Task context, depending on how you want to architect your bounded context, which would result in the following tests:

This would drive us down to understanding what schema and database migrations need to be created, along with what the changeset validation on create would look like.

Depending on how rigorously you like to test, you may implement that changeset validation as a test, or at this point you may begin the process of rebounding back up the tower of tests, beginning by writing the necessary tests to first make each of the Schema or Context tests go green.

From there, you'd implement the code to pass the controller tests, and then the browser tests.

Inside Out - Interactive video player example

Now you may say that's all well and good for a trivial example like this, but this isn't so complicated.

What about if you're doing something you've never done before, and aren't sure where to start?

Begin with the end in mind

Well, let's say you're developing an interactive multiple video player that needs to be kept in sync, with a single timeline that can control all of them.

You may say you don't know where to begin, but you've actually defined it well enough right there that you can start, and that drives the architecture both of the implementation, and testing.

Just by saying you've got multiple players that need to be kept in sync and manipulated via a single shared element, you've already told us that you're looking at a more JavaScript heavy application interface.

Now you could just lean on browser testing, using a Chromedriver, or other webdriver type approach, but those tests are both expensive and slow compared to lower level tests, and can fail for a multitude of reasons.

This cost is likely worthwhile, but you'll also want faster feedback while iterating on the development.

And that tells you that in order to ensure maximum testability you probably ought to invest in a bit of testing using a JavaScript test runner and some of that ecosystem.

You'd still likely start with the Browser tests, as above, but at the level where you start building into the Controller in the traditional MVC model, you'd bifurcate, into both JavaScript/Jest tests on one side, and Controller tests on the other.

So you can start your tests with essentially pseudocode, that you then flesh out as actual implementation code, filling in things as you go.

Here we start with some pseudocode for a browser test:

You can then lookup (or if you knew it off the top of your head) implement the actual syntax.

You can, and should modify them as you learn more. But the test allows you to directionally define a direction, and learn more as you go. Obviously the closer you can define to the final state initially the better.

By starting with these tests, it also ensures the solution you develop isn't untestable (or incredibly difficult to test) in the end. So you never end up with a solution that is completely unmaintainable, and needs rewritten.

Give it a shot

By now you should have an idea of how you could give outside in TDD a shot. If not, reach out to me at brittonbroderick@gmail.com.

I'd love to see how I could help you practice this, especially if you're at an earlier stage in the Elixir ecosystem.

Enter your email
Subscribe
A summary of the key takeaways from the book the Effective Manager by Mark Horstman.

When you're new to a programming ecosystem it can be hard to know where to start. Here's a list of libraries to you get going. 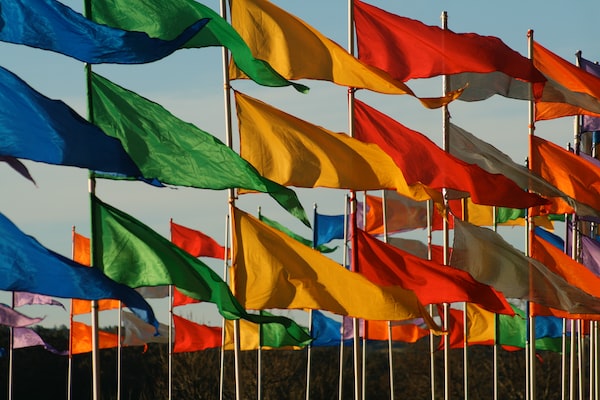